The MYPLACE project produced five documentary films. For students and researchers working on young people and political engagement, these are essential watching and we hope they inform research in this area.

Documentary: Not MyPlace – Bridging the gap between young people and politics

“Not My Place” draws on the MYPLACE research data and explores some of the key findings on political participation with a group of young people who are active and engaged in local political issues and youth democracy. Further comment and insight is provided by elected politicians and practitioners.

Through the film, we hope to pull out some of the policy implications of the findings through the reflections of young people and policy makers, and also to suggest some constructive ways forward to address the challenges that the findings present.

Documentary: Loud and Proud: Listening to the English Defence League

The murder of the British soldier, Lee Rigby, proved to be a major turning point for the EDL. This film features interviews with EDL members about their reasons for joining the EDL.

Documentary: Precarious Inflexible: What is it like to be young in modern Europe?

Precários Inflexíveis was born as a social movement, with an aim of fighting labour market precariousness. Precarity, especially among youth, has been one major theme of debate in Portugal, and can be defined by the non-existence of employment protection, or even a contract, along with the obligatory low wages.

One of their main objectives is to “build a collective identity based on precarity”, so that people can begin to be aware of their status as precarious workers who are not alone in this situation. This group is also focused on fighting the Portuguese government’s austerity measures, which have exacerbated precarity and sustained mass youth unemployment, with the eventual objective of building a new social order.

Straight Age tells the story of the anarchist movement in St. Petersburg, Russia. Anarchistic consolidations that arise in different parts of Europe tend to become the most radical protest movements both in Russia and in other countries. Traditions of secrecy, cultural isolation and radical forms of activism evokes an atmosphere of suspense around the anarchists.

In this film we talk about the anarchists in the first person, showing their everyday life from the inside. The film covers a variety of current forms of the modern anarchist scene: from anarchistic organizations to affinity groups and “chaots”, and exposes the different and sometimes contradictory logics of its participants – punks and straight edgers, activists and sympathizers, leaders and followers.

The film is a continuation of a case study of anarchists, which was conducted in the period from February 2012 up to April 2013. Fieldwork included interviewing, observations and collection of video/photo archive, which includes recordings with punk/hardcore festivals, rehearsals, flats and other important locations and events.

Documentary: Our Former “Ours”: the “Nashi” youth movement

In this film we talk about the opposite (in both the political and social senses) to anarchists youth movement groups in Russia: the”Nashi”, or the pro- Kremlin youth associations.

The government at a certain point realized that if young people are not purposefully engaged in political and social activities, there will definitely be people and forces of other vectors on which it will develop itself, and this is not always practical in terms of holding on to power in the future. Therefore the Russian State began to unite the most active and purposeful youth under several names, promising them a career, knowledge, access to information and access to fame, sometimes though questionable ways in terms of ethics.

MYPLACE is funded by 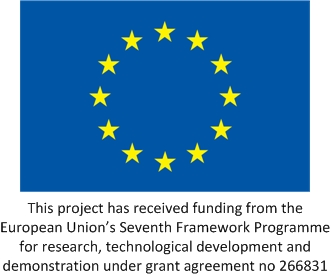 and Panteion University of Athens, Greece